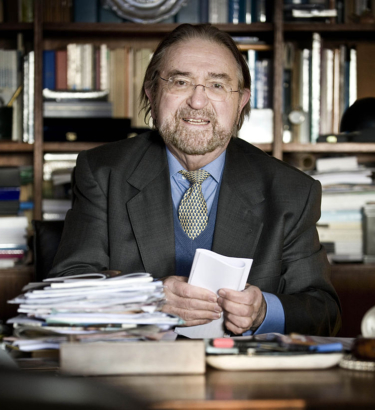 Herman Francies Joseph De Croo (born 12 August 1937 in Opbrakel) is a Belgian liberal politician. He is a member of the Open VLD. First elected in March 1968, he is the longest serving Belgian Member of Parliament.

Herman De Croo, who holds a Ph.D. in law, is also a former Professor of Common Law at the Vrije Universiteit Brussel. Now he is president of the European Transport Safety Council (ETSC).