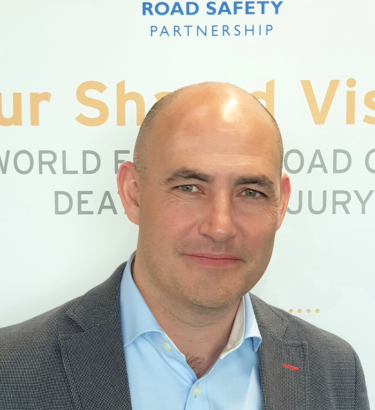 Michael’ s career in communications began as a copywriter in the media in Sydney, Australia in the 1990s before taking up senior writing and communications positions within the advertising agency industry, then the travel sector before moving into the telecommunications field where he took on the General Manager role responsible for Communications and Major Projects. In February 2012, Michael moved to Geneva, Switzerland, where he worked on a number of communications consultancy contracts across the international organization sector, including with Global Road Safety Partnership, before moving full time with the organization in January 2013. Michael brings his years of private sector and project management experience to the role overseeing national and global multi-sector road safety programmes including Safe to School – Safe to Home, ‘VIA road safety for a new generation’ as well as targeted interventions in more than twenty countries working with leading organizations including Shell, Total, Michelin, Nestle, Bridgestone and Zurich Insurance Group.